Watch Of The Week: The Omega Seamaster Diver 300M I Gifted To Myself 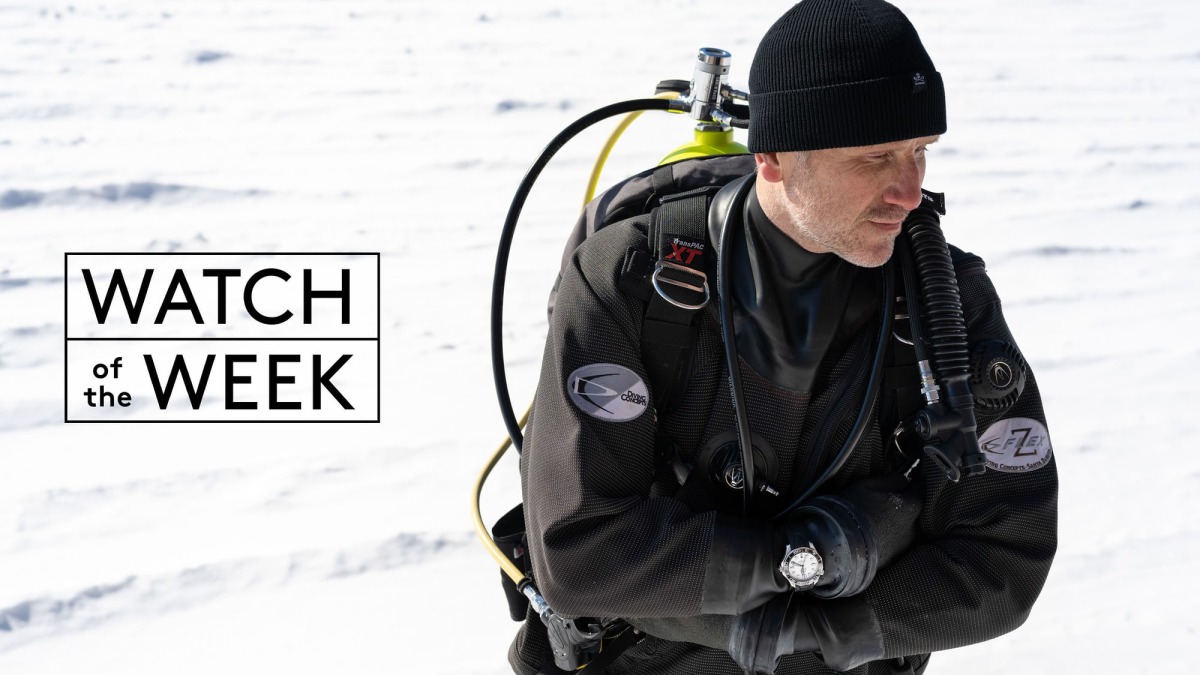 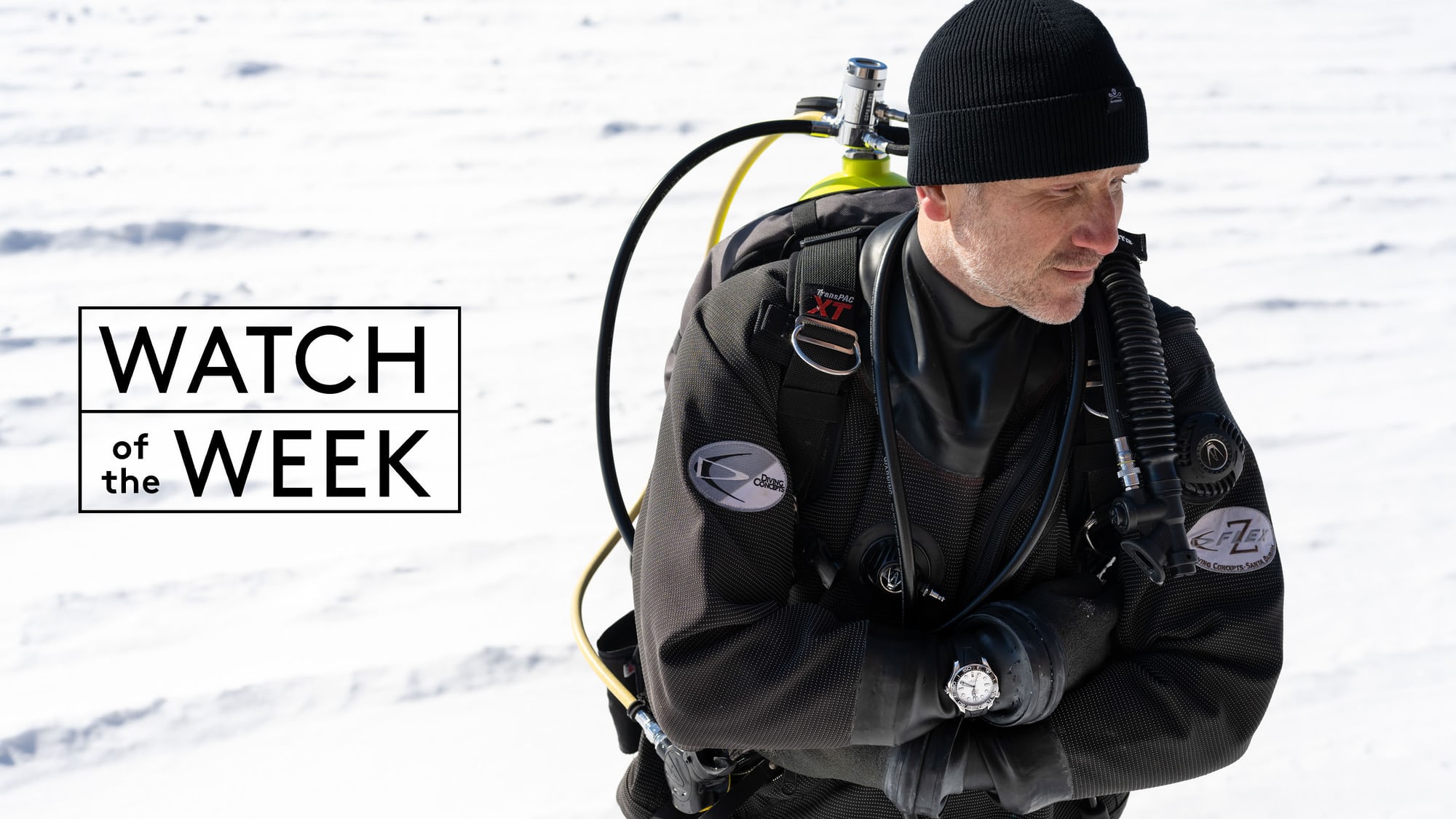 After finishing the manuscript of his first novel, Casino Royale, in 1952, Ian Fleming celebrated by ordering a gold-plated typewriter. It was a Royal Quiet Deluxe, and Fleming had it smuggled to England for him by a friend aboard a steamer to avoid paying some hefty import duties. It would have been quite the extravagance for a budding author upon completion of only his first novel but, in the end, proved prescient and fitting, seeing as he went on to great success with his series of James Bond novels, written over the next 12 years.

In 2021, I completed my first novel, a thriller called Depth Charge. Now, I wouldn’t dare compare myself to one of the most successful writers of the genre, but I also bought something extravagant, and hopefully no less fitting, to congratulate myself. Instead of ordering a gold-plated typewriter (does Apple even make a gold MacBook?) to celebrate, I decided to buy, you guessed it, a wristwatch. Specifically, I chose an Omega Seamaster Diver 300M, one of the latest generation with the ceramic wave dial and anti-magnetic co-axial movement. Due to its rather wintry white dial and loose connection (since the 1990s) to the screen 007, I dubbed it the “Arctic Bond.”

For me, the primary function of a watch these days isn’t to tell time, but to be a reminder of past adventures and an inspiration for future ones. Some prefer a vintage watch, whose scarred metal case and faded dial hold secrets of someone else’s past, but for me, to start from scratch with a new watch is an exciting proposition, a wrist-borne tabula rasa. If it’s a dive watch, and with me it usually is, it’s up for just about anything and I make my watches earn their places in my collection. It’s not enough that my new Omega was bought to commemorate my personal literary achievement. It would remain a static bauble until it actually did something on my wrist. I bought the watch last September and wore it off and on, in rotation with some others until January. Then I simply stopped taking it off.

Some people mark the New Year with ambitious resolutions – a fitness regimen, “dry January,” or giving up dessert. I decided to try wearing one watch for an entire month straight. To the average person, this seems like a bar set very low, but I’d wager that for the majority reading this, it is a daunting endeavor. The mythical “one watch” person is as elusive and rarely seen as Sasquatch, and a sort of Platonic ideal for me. So I thought I’d conduct a bit of an experiment and wear only my Seamaster for one full month, for everything. That meant running, cross-country and downhill skiing, sleeping, showering, and household chores. Turns out all of this was mere child’s play that the watch shrugged off without breaking a sweat. In fact, through it all, it only gained one second per day, through thick and thin. But, being a dive watch, it also had to go diving, and this presented a problem: I was in Minnesota, in the middle of winter, without an airline ticket to someplace tropical.

One weekend in mid-February, I joined a small group of hearty (foolhardy?) divers in the middle of a frozen lake in Minnesota. While some worked to chainsaw open a triangular hole in the two-foot thick ice, others secured hundreds of feet of safety rope with mountaineering ice screws. I helped set up a surplus army tent to provide some measure of protection from the wind. The air temperature hovered around -5 degrees Fahrenheit, the water below us some 40 degrees warmer (barely enough to stay in liquid form), cold comfort as we shivered in our thermal long johns and drysuits.

Diving is notoriously hard on equipment, ice diving much more so. Valves stick, lubricants thicken, masks fog, and everything becomes coated with a stiff layer of frosty rime. Besides simply finding ways to stay warm, there’s the constant concern of free-flow, where your regulator freezes open and gushes air, emptying a tank in a minute or two. To complicate matters, I was taking a large submersible camera rig under the ice. The last thing I wanted to think about was my watch. I just needed it to work. Ice diving is typically limited by time, not by depth or no-decompression limits. It’s simply too cold to linger, and the interesting scenery is the underside of the ice sheet above, not the lifeless, dark lake bed below. So we agreed on 25-minute maximum dive times, our radius of exploration set by the 100-foot safety rope, our connection to the hole in the ice and the relative safety of the surface. I left my dive computer behind, relying solely on my Omega to track elapsed time and my pressure gauge for the all important air remaining in my cylinder. I spun the bezel to zero out the arrow to the distinctive minute hand and slipped down, through the striated cut in the ice.

Spoiler alert: the dive came off without incident. Not only that, it reminded me of why I enjoy ice diving and why, every few years, I’m crazy enough to do it. Maybe it’s simply my short memory – forgetting the numb lips and frost-nipped fingers, the hours of work for a few minutes underwater. But the otherworldly vision of air bubbles dancing on the underside of the ice, the booms and cracks that echo underwater, and the way sunlight shines through the arrows we shoveled in the snow above to guide us back to our exit are likely the most exotic things I’ll ever experience.

My Seamaster also performed without incident, strapped tight over my thick, swaddled wrist. Its glowing minute hand tracked my time against the inky black bezel, its sweep hand calmly traveling the white dial that shimmered in the eerie half-light. Well-made equipment that works as it was designed, even (especially) in harsh conditions, inspires confidence, and it was reassuring to check the time every so often. There’s also something about wearing a big steel watch that makes every dive – every adventure – that much more evocative and memorable, especially when you get to play the hero in your own stories. Writing a novel was the greatest adventure I’ve undertaken, greater than any dive I’ve done, even under the ice. And as I am writing my second book, I’ll be wearing the watch I bought to celebrate my first, both as a reminder and an inspiration.

The H shop is an authorized retailer of Omega watches. And you can pick up Heaton’s novel Depth Charge, as well. Heaton’s Substack, Swimpruf, can be found here.