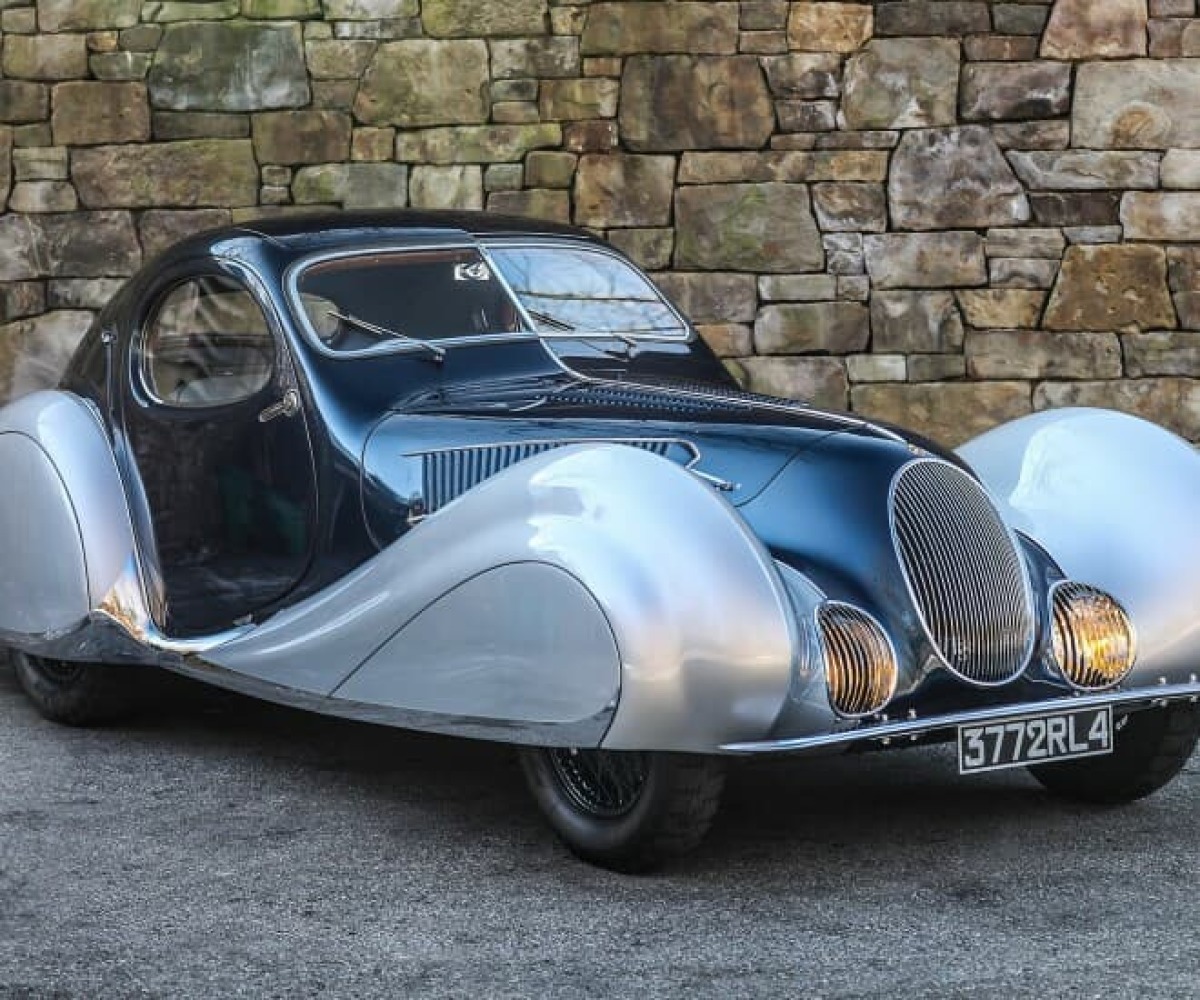 Facebook
Twitter
LinkedIn
On 4 March 2022, the Figoni et Falaschi-bodied 1937 Talbot-Lago T150-C-SS Teardrop Coupe became the most expensive French car in existence. The coveted vintage vehicle was expected to exceed US$10 million last month by the car world. Instead, it was sold for a whopping, record-breaking US$13.425 million in Florida during the Amelia Island Auction by Gooding & Company.

In the realm of cars, the Teardrop is touted as “one of the most enduringly beautiful automobiles of all time”. Only one of two cars sport an impeccable all-alloy Modèle New York coachwork. The elegant Talbot-Lago was the brainchild of three Italian visionaries in the late 1930s, who redefined the Parisian automotive scene — Anthony Lago, Joseph Figoni and Luigi Chinetti.

This 85-year-old car, chassis 90107, has been the star of several automotive shows, including the prestigious Concours d’Elegance. Today, it remains a mechanic marvel, exceptional elegance and real personality car — without a doubt, one of the true masterpieces of industrial design with the French school of streamlined styling.

The Talbot-Lago had been repainted in dark red by the heir to Don Lee Cadillac, Thomas Stewart Lee. The car was also taken out to desert flats in east Los Angeles, where it timed at over 117 mph. Then, French car collector Lindley Locke acquired the car in 1956 and painted it white. By the early 1960s, the vintage beauty had retired to its Santa Monica garage, hidden from view for four decades. According to Robb Report, the 90107 was “treated to fastidious restoration work in the early 2000s” and returned to its original finish in blue with grey fenders.

Below the hood is a 4.0-litre inline six-cylinder engine with overhead valves and three Zenith-Stromberg carburettors, capable of 140hp at 4,1000 rpm. Additionally, the Teardrop is equipped with a Wilson pre-selector gearbox, four-wheel mechanical brakes, a live rear axle, and a front independent suspension with an upper wishbone.

The Talbot-Lago was not the only gem at the auction either. A 1991 Ferrari F40 sold handsomely for US$2.4 million. Meanwhile, the sale of the US$2.5 million 1967 Toyota-Shelby 2000 GT made international headlines and set the world records for the most valuable Toyota sold at auction and the most valuable Japanese car ever purchased at public auction.

German automaker Porsche comprised one-third of all cars sold during the auction. The entirety of all the marque’s lots offered was sold, with the US$2.9 million 1959 Porsche 718 RSK at the lead after a bidding war. A 2005 Porsche Carrera GT proved the current uptick of value and demand for Porsches produced in the 1990s and after by eclipsing the US$2 million record achieved earlier this year.

David Gooding, president and founder of Gooding & Company, said in a statement that the auction house brought some of the world’s most remarkable and most unique automobiles to which the market responded accordingly.

“Our targeted offerings reflected the tastes and interests of our buyers at this moment in time, and also reiterated recent trends in the market, especially with increased demand in rare, desirable, and customised Porsches and competition cars.”

California-based Gooding & Company realised over US$69 million in a day. It marked a milestone as its most successful and profitable Amelia Island Auction to date in 13 years of history. Indeed a spectacle, the firm achieved a 94 per cent sales rate from 93 out of 99 lots sold.

Later this Spring, on 28 March, Gooding & Company will be conducting a two-week, online-only auction with prized automobilia lots. Its signature two-day sale as the official auction house of the Pebble Beach Concours d’Elegance will happen on 19 and 20 August live. The company is also the official auction house partner and sponsor of the Concours of Elegance at Hampton Court Palace on 3 September.