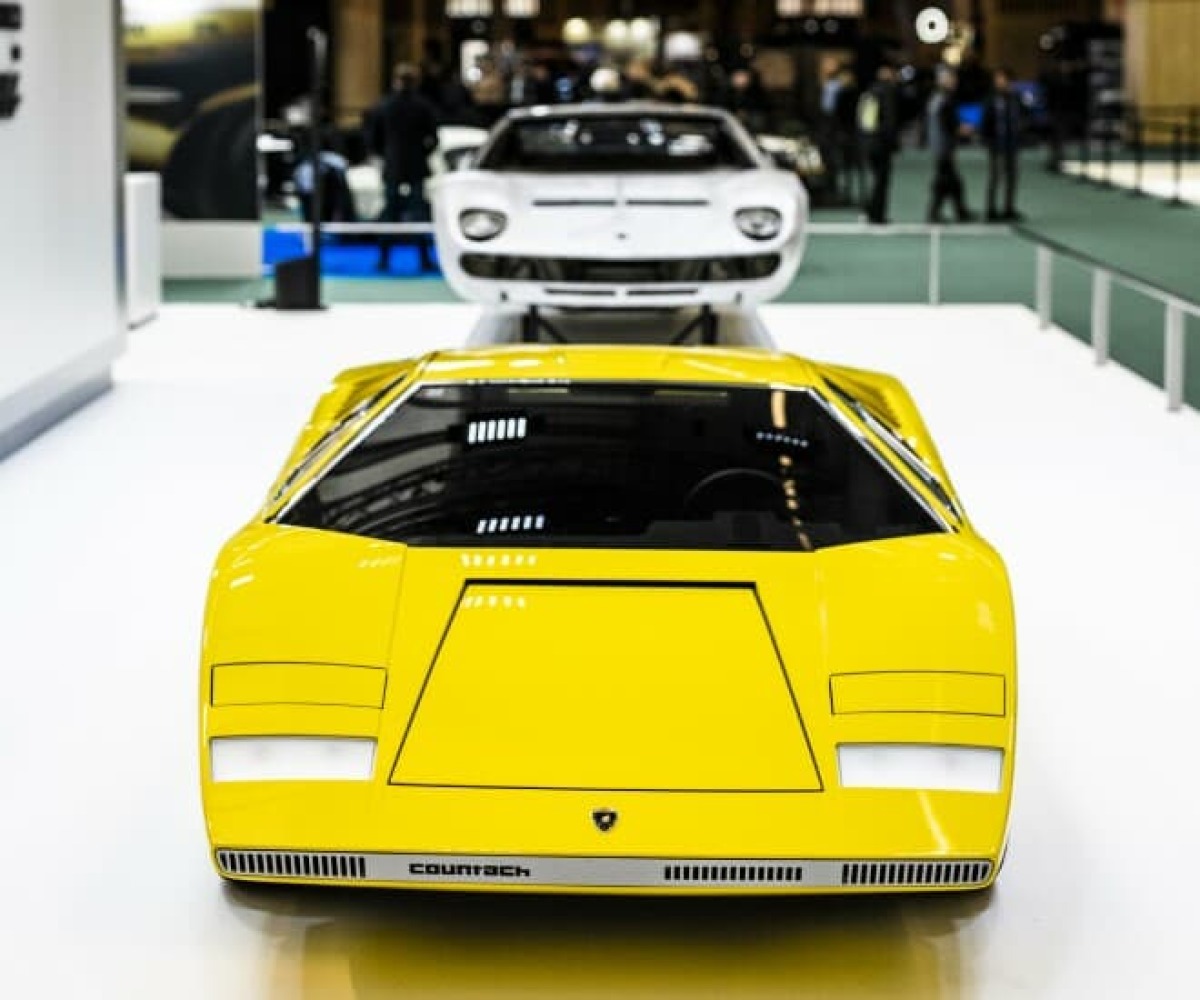 Facebook
Twitter
LinkedIn
The Lamborghini Polo Storico will be at the Rétromobile Paris 2022 from 15 to 20 March, the last time the Sant’Agata Bolognese company is showing its fuel-based cars. Lamborghini kickstarts a year of tributes and pays homage to the history of the V12 engine, with a display of two notable icons — the Countach LP 500 and Miura SV.

Chairman and CEO of Automobili Lamborghini, Stephan Winkelmann, stated at the preview, “the heir to the Aventador will be presented with hybrid technology in the first phase of our Direzione Cor Tauri plan”. This maps out the brand’s path to 2030 and sets targets to reduce environmental impact “by taking a holistic and socially responsible approach.”

When founder Ferruccio Lamborghini set forth to create an impeccable sports car, the Lamborghini tradition was born. Owing to the beauty of design and power of the aspirated V12 engine, done by engineer and designer Giotto Bizzarrini, the luxury brand’s super sports cars have distinguished themselves since the first 350 GT model in 1963.

The Miura, produced in 1966 and eventually evolved into the SV in 1971, went beyond boundaries. The V12 was shifted to the center rear part of the car, which promised an improved weight distribution and made the standard production car model the fastest in the world when it launched. The record showed the engine reaching 370 CV of power with a 0-100km acceleration in 6.7 seconds and a top speed of 285 km/h.

The renowned V12 engine, then and now still, brought symphonic music to drivers’ ears. This engineering work of art gives a spellbinding driving sensation with unmatched power and performance.

A reconstruction of the first Countach, the LP 500 prototype from 1971, will be displayed in its original “Giallo Fly Speciale” shade of yellow. The car was first presented at the Geneva Motor Show and destroyed in a crash test conducted for type approval purposes in 1974. Taking approximately 25,000 hours, the reconstruction work was done for a collector by the Lamborghini Polo Storico team. The manufacturer’s Centro Stile oversaw the outlining of the bodywork and made sure everything matched the original style.

“The Countach reinvented the game for high-performance vehicles. It became an icon of style language which inspires modern Lamborghini vehicles to this day,” said Winkelmann in a statement about the Countach gracing the annual Concorso d’Eleganza Villa d’Este last October.

As for mechanical components, all are either restored components from the era or reconstructions of parts that are no longer available or were made specifically for the car. Pirelli joined in to remake the tires while expert panel beaters shaped and entirely rebuilt the bodywork and chassis by hand.

And behind the Countach stands the body of a Miura P400 SV restored by Polo Storico at the automobile manufacturer’s headquarters in Italy. Its owner, a collector, asked for the car to be restored for conservation purposes and repainted in the original “Arancio Miura” shade of orange.

Established in 2015, Lamborghini Polo Storico is a department dedicated to preserving the historic identity of Automobili Lamborghini. The team certifies and restores all Lamborghini cars produced up to 2001. Polo Storico also supervises the preservation and acquisition of new sources for the brand’s archives — bringing out the prime in all classic Lamborghinis.

In other automobile news, Gooding & Company marked a new milestone with a 94 per cent sales rate at the Amelia Island Auction conducted last month. The 1937 Talbot-Lago T150-C-SS Teardrop Coupe became the most expensive French car in existence at a record-breaking US$13.4 million.