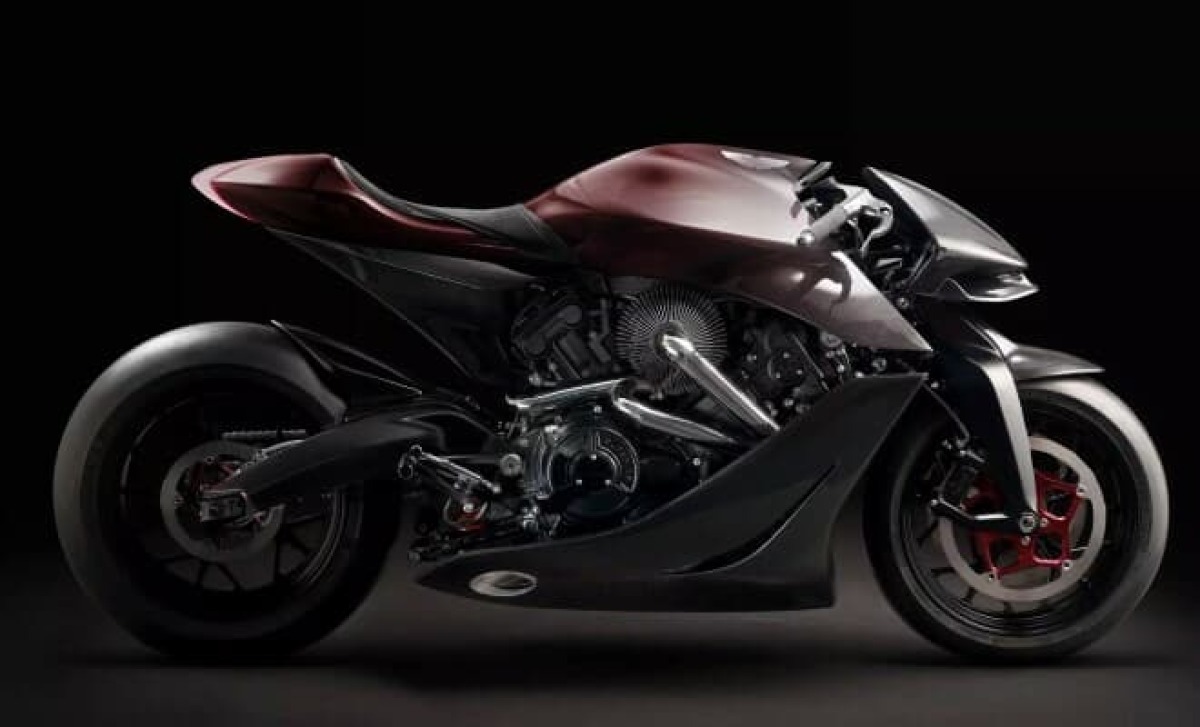 Strictly limited to just 100, the production of the superbikes were at Brough Superior’s France factory, initially set to release in the Fall of 2020. Although production was delayed due to the pandemic, it allowed for more time to test the bike and ensure it was able to reach all its goals. The two parties have shared the first video of the motorcycle in action, when dynamic testing was underway, on France’s Circuit Pau-Arnos track.

Brough Superior president Thierry Henriette said in a statement the characteristic whistle of the turbo completes the unique presence of the motorcycle, as per Robb Report. “We are happy to have met our performance targets, with a power output of 183 hp and a dry weight of 408 pounds. AMB 001 is an original track bike that stirs the senses and delivers on performance. . .”

Both brands produced a unique, lightweight and powerful sports bike with exclusive technical features such as a structural carbon fibre body and a chassis configuration with a double wishbone front fork. The AMB 001 was presented in the traditional Aston Martin Racing colours of Stirling Green and Lime Essence with Matte Black wheels, forks and brake assemblies.

The sleek two-wheeler combines one of the more impressive motorcycle designs in recent years with tons of power. It consists of a turbocharged V-twin engine that outputs 183 horsepower, just a hair more than the promised 180 hp.

Marek Reichman, Aston Martin Executive Vice President and Chief Creative Officer, addressed that the luxury manufacturer’s forward momentum for every aspect of the business, in particular Design, is inspiring. The brand may be 106 years old, but that only proves its know-hows and rich heritage.

“This is what we believe a cutting-edge motorcycle should be and we are very proud to see the Aston Martin wings on a motorcycle for the first time. In addition to applying the skills we have developed for cars such as the groundbreaking Aston Martin Valkyrie we have also been able to bring our special expertise in the traditional craft techniques to this project,” said Reichman.

It was announced on Monday that deliveries of the US$108,000 AMB 001 have started to customers in Japan, Australia and North America. According to Aston Martin, there are only ten final bikes left — register your interest here. To see more standard, designer and technical specifications, look through the brochure here.