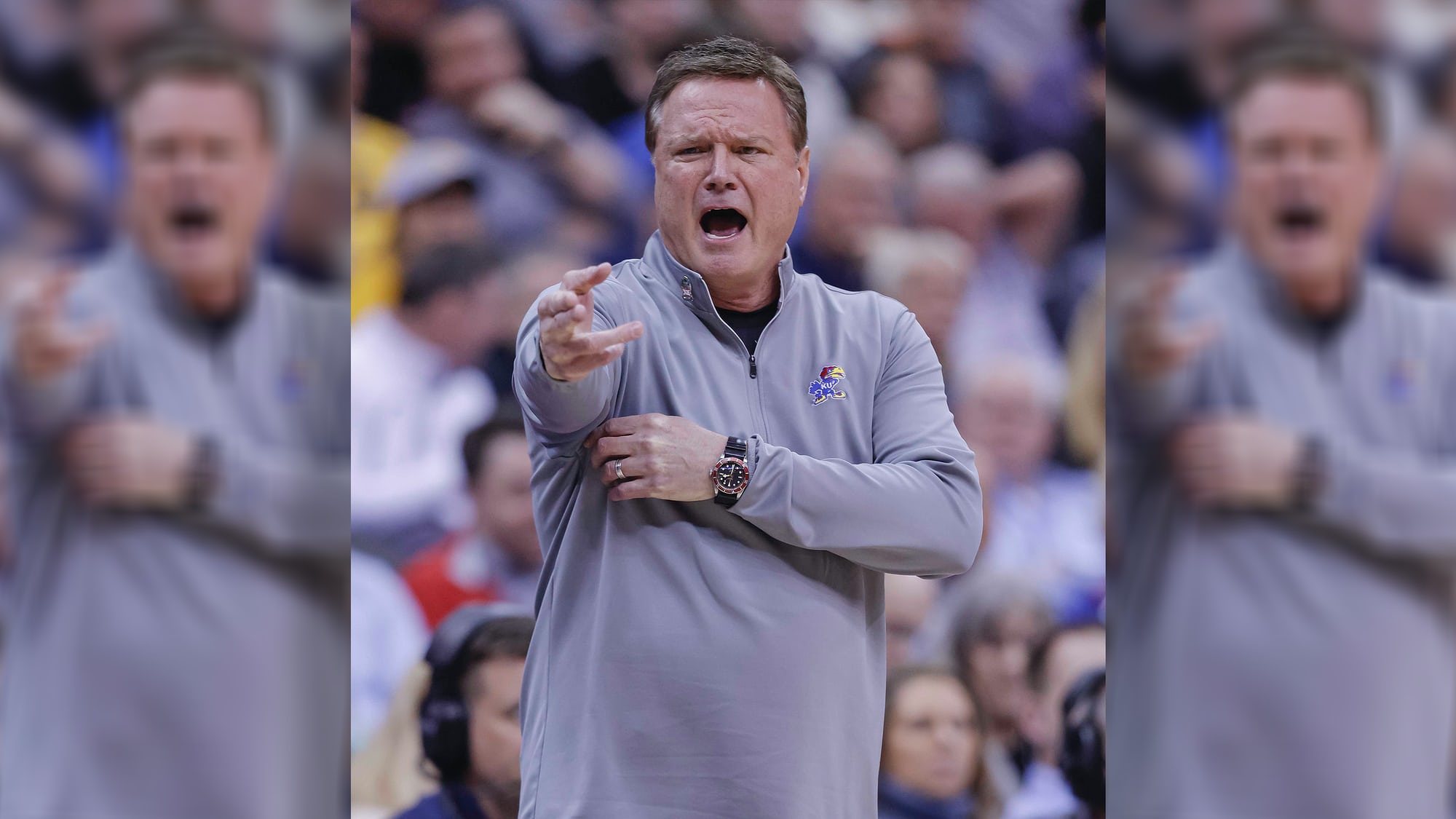 We’re in the throes of March Madness. Brackets are being busted, games won and lost, and … watches are being worn by the coaches on the sidelines. Last year, we rounded up some NCAA Head Coaches and their timepieces. Today we have our sights set on a single wrist, and a single watch as we continue celebrating Tudor Black Bay’s 10th Anniversary.

The coach is Bill Self of Kansas, and the watch is a burgundy bezel Tudor Black Bay ref. 79220R. The photo here is from a March 10 game against West Virginia. But if you turn on the game right now you’ll see Self wearing it again while coaching against Creighton.

Nowadays, everyone has zeroed in on the Black Bay Fifty-Eight as the Black Bay of choice. This mostly has to do with its more wearable 39mm size. But the foundational BB – the OG BB is the one on Self’s wrist. In fact, he is wearing the first Black Bay ever released. That’s right, when Tudor unveiled the watch way back in 2012, it was the burgundy bezel, gilt dial variant that kicked off the brand’s resurgence.

And Self takes it another step further by wearing the earliest version of that watch. How do we know? Well there are signifiers on the dial by way of the Tudor rose logo near 12 o’clock, and what’s come to be known as the “smiley face” text down near six o’clock, which reads “Rotor Self-Winding.” The curved text is an indicator that the watch is powered by the ETA caliber 2824. In 2016, Tudor updated the Black Bay line with manufacture (through a relationship with the movement maker Kenissi), chronometer-certified calibers (the MT5602). The new chronometer-grade BB’s were signposted by changes on the dial. Instead of the rose logo, Tudor’s shield logo was added and instead of the “smiley face,” there were three straight lines of text.

Clearly Self is a watch guy. And I say that not just for the fact that he owns this particular early Black Bay, but also because he wears it on what looks to be a GL-831-style rubber dive strap which is an unconventional move – but an undeniably cool one. You might also notice that the bezel on his watch isn’t zeroed at its twelve o’clock position. It looks like he might be timing some aspect of the game with it. If that’s true, then bravo Coach Self. Thanks for not just being an NCAA champion, but a champion of mechanical watches.

The HODINKEE Shop is an authorized retailer of many brands, but Tudor is not among them. We have plenty among our pre-owned selection, however.  Click here to visit the entire Tudor Black Bay collection.