Introducing: Say Hello To The M.A.D. 1 RED, The Maximilian Büsser Watch You Might Actually Be Able To Get 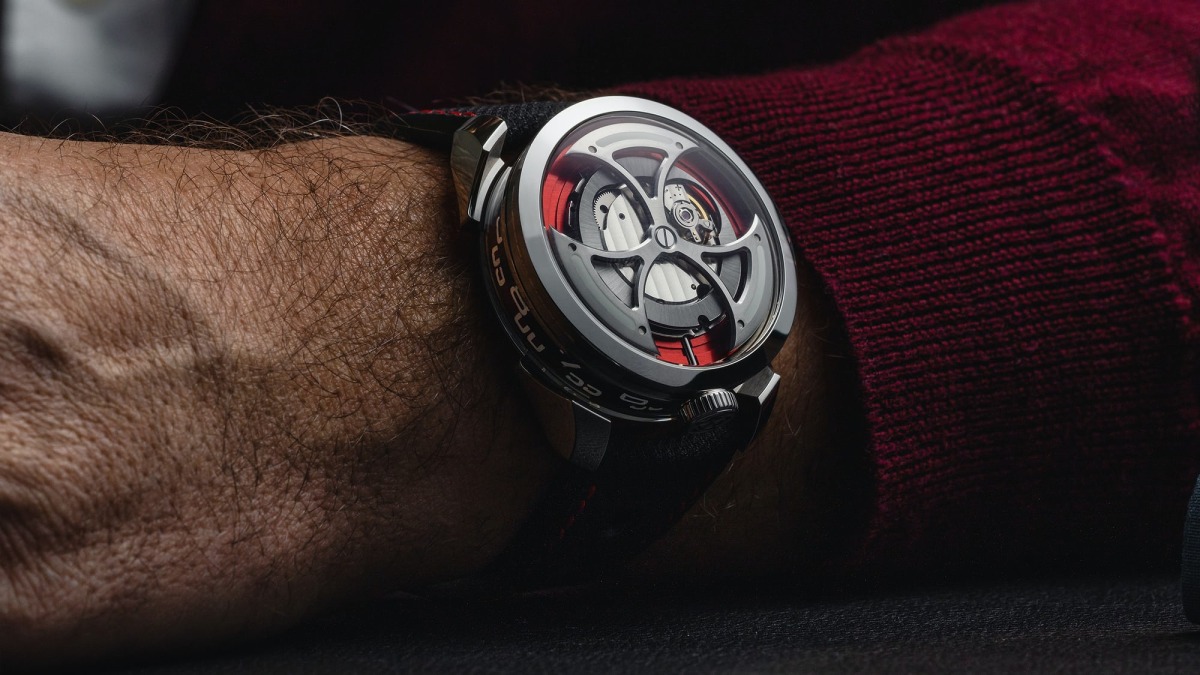 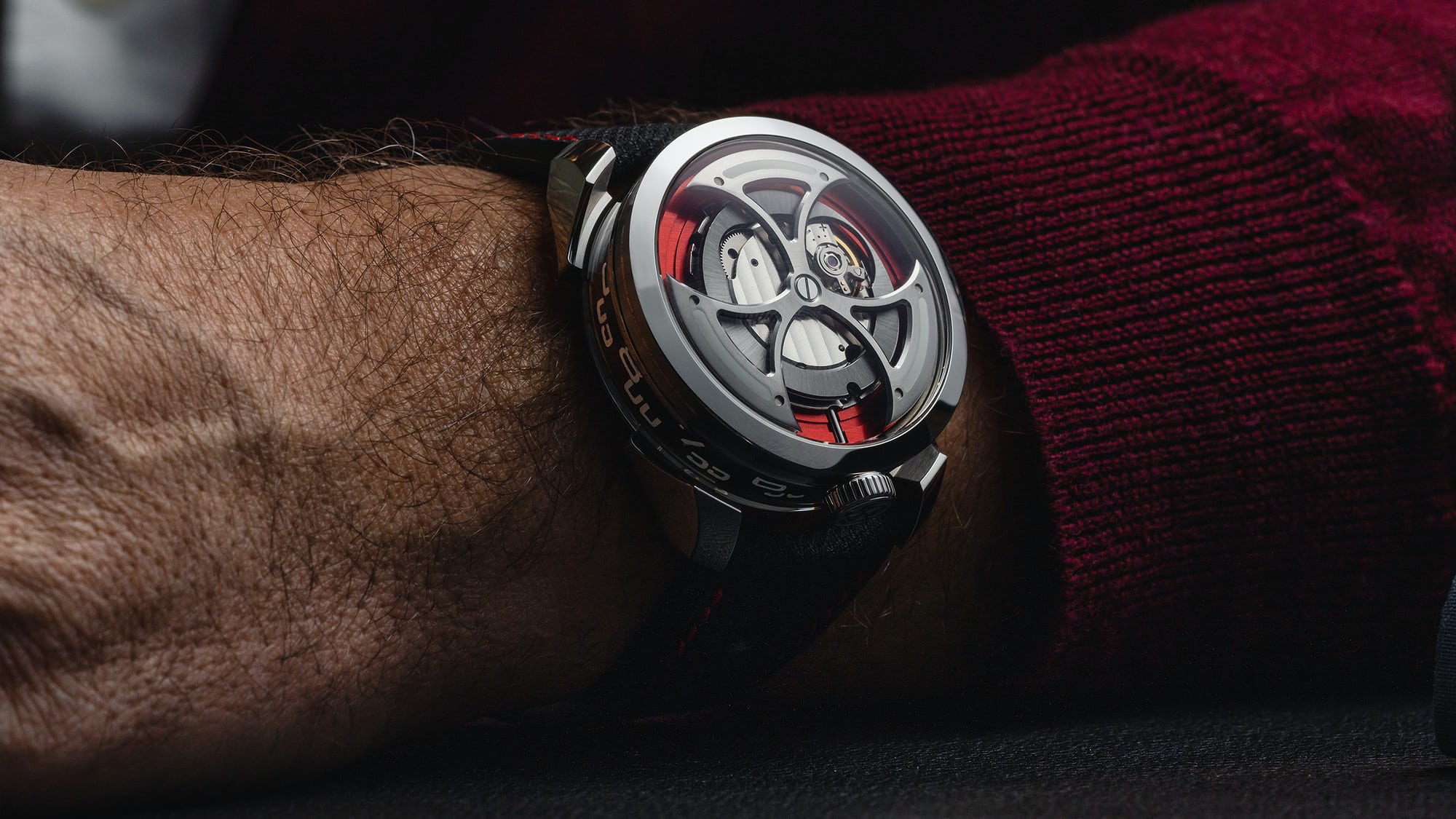 We never officially covered the M.A.D. 1 release last June here at HODINKEE, because it wasn’t a watch that was “officially” released. Instead, suppliers and supporters of MB&F were individually invited to purchase one of the 450 examples for CHF1,900. It was Büsser’s way of saying thank you for all the help along the way. He’s one of the most gracious individuals in the business, and quietly releasing the M.A.D. 1 to those who helped make MB&F what it is today is very Max.

Later in November, when Jack (virtually) sat down with the mad scientist for his episode of Talking Watches, Büsser spilled the beans about the M.A.D. 1, but of course the secret had been out for quite some time. The only question left on our minds was: What’s next?  Büsser said that 2022 would see a version available to a wider audience.

That time has come. Enter the M.A.D. 1 RED. You can hear all about it directly from Büsser, below, and read on for the summary.

In short, the M.A.D. 1 RED is a lot like the M.A.D. 1, but there are a few key differences this time around. The most obvious, of course, is the cherry red color instead of blue. Secondly, the bezel has been trimmed up a bit; that matters when the case is 18mm and 42mm wide. And lastly, a traditional crown at 12 o’clock takes the place of the pocket watch-style winding crown on the M.A.D. 1.

The same features that make the M.A.D. 1 so incredible are still present. Front and center is the titanium and tungsten triple-blade rotor visible through the crystal. A totally reworked Miyota 821A is flipped upside down so the rotor sits where the dial would be. Its fidget spinner-like winding motion is on full display, not to mention the light show it puts on in the dark thanks to three lume plots, one on each blade of the rotor. The movement is attached to two rotating cylinders, one for the hours and one for the minutes, that can be read by turning the watch on its side.

The ordering process is where the M.A.D. 1 RED departs drastically from the original M.A.D. 1. From Büsser:

First, among the countless reactions of the last 10 months, some of you actually took the time to write and send us an email. We’ve been carefully registering those written interests, and we’ve decided that they get first priority. There’s no obligation, of course, but we are first contacting them to check whether they’d like to place their order within the next 10 days.

By the way – and this is very important! – if you didn’t write to us yet, there’s no need to write now – we’ve closed that list.

So the list is closed. But there’s still a pathway for collectors to get their hands on one.

A lottery has opened up. Hopeful buyers can visit the M.A.D. Gallery eShop to grab a digital lottery ticket for a period of two weeks. After two weeks there will be a random drawing and the chance to snag a M.A.D. 1 RED will be offered to the selected numbers.

It’s a very fair way to distribute a watch that will surely be in very high demand.

I first met Büsser in the lobby of the Siam Kempinski hotel in 2013, back when my side hustle was writing about watches for a small, now-defunct Thai magazine. I was nervous to meet such a big name in the industry because I figured for a guy to come up with such groundbreaking horological machines, he would have to be a little out there. I was picturing a mad scientist akin to Doc Brown.

But within the first few moments of speaking with Büsser, I was at ease. He’s one of the most down-to-earth, honest, and forthcoming individuals I’ve ever met in this crazy horological world. Luckily, he was just as eccentric as I had predicted, though, but in a fascinating kind of way. Listen to Büsser speak about his passion for pushing the boundaries of horology and you’re sure to fall under his spell.

Back then I knew I wanted an MB&F, but I also knew I wasn’t going to get one. And I’m sure I wasn’t alone in my thinking – how many of us can afford an MB&F piece well in the six figures?

This is the very reason Büsser created M.A.D. Editions. To solve this exact problem.

The M.A.D. 1 RED turns the dream of owning a Büsser creation into a reality (if you’re lucky). Yes, it’s not an MB&F, but it certainly follows the same sort of ideology. It’s about as avant-garde as avant-garde gets in modern independent horology.

At CHF 2,900 this watch is a tremendous value. Let’s break down what you’re getting here because this is a watch that requires some thinking through.

It uses a Miyota 821A, but that’s not the full story, of course. The movement lands in Büsser’s Geneva workshop and is completely disassembled and reworked in order to sit in the case upside down and power two rotating cylinders that display the time. Then the winding system is modified to accommodate the star of the show, the triple-blade rotor. And the fantastical case that encapsulates this formerly pedestrian movement reimagined matches the boundary-shifting ethos of Busser’s entire body of work. There’s clear MB&F DNA here, too. M.A.D. is a separate brand entirely, but it’s impossible not to see the shared philosophy.

This is Büsser at his best. MB&F creations exist at the highest levels of horological execution, and Büsser says, “there was an enormous intellectual challenge in developing something creative at a much lower price point.” And that’s where M.A.D. Editions absolutely shines. How on earth does this watch come in at under CHF 3,000? To build a watch like this takes so much intellectual, creative, and engineering brainpower that I’m flabbergasted at the price. Ideologically speaking, the M.A.D. 1 RED is executed with the same level of thoughtfulness as any MB&F watch. Büsser’s range is incredible.

Sure, there may be naysayers, and this watch isn’t for them. In fact, not a single watch from MB&F or M.A.D. Editions are made for the masses on a philosophical level – and that’s what makes them so special.  But with the M.A.D. 1 RED, you’re getting that level of execution at a price that is for everyone.

Caliber: It started as a Miyota 821A, but it’s been reworked significantly by Büsser’s workshop
Functions: Hours, minutes
Power Reserve: 42 hours
Winding: Automatic
Frequency: 21,600 vph
Jewels: 21
Additional Details: The triple-blade winding rotor is made from titanium and tungsten.